Thank you all so much for your prayers! Last week I asked prayers for a food distribution we would be doing for families in two of the needy communities we serve.

I was a little concerned about the possibility of some turmoil. Word was already spreading about the Corona virus and probable shortages of every kind. This of course always hits the neediest the hardest. And often being the last to know, it can generate some major anxiety which can make an already chaotic situation even worse.

When I got to our distribution point, a church building just outside the community there was already quite a crowd. But I needn’t have been concerned. I am always amazed by the humility of these precious people. I could easily see we had more folks lined up than we had grocery bags to give out. And many of them would have had every right to get angry and upset. But, everyone was incredibly patient and respectful of the need to wait their turn. 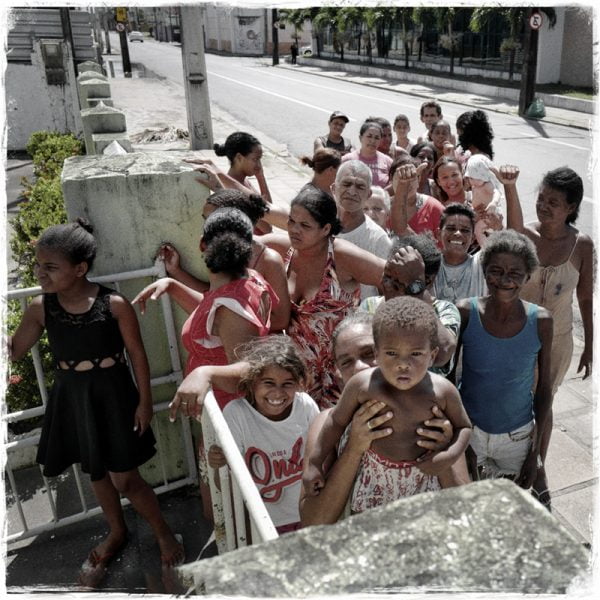 The salt of the earth

One of the challenges is, having to pick people out of a crowd and call them forward to get theirs while others watch anxiously, all the while knowing many of them will leave empty handed. But everybody was patient. And kind. And I know many of them will take the food they received back and share with extended family members.

I had said I’d be wearing a mask and gloves, but honestly once I opened the doors I forgot about that and did my best to just organize the line and distribution. I tried to keep a distance but given the situation and everybody wanting to get as close as they could we basically wound up face to face at the end. I didn’t see anybody visibly sick or coughing. I know that’s not a guarantee, but we pray and trust in our shield and protector, right? Didn’t He say “You will not fear the terror of night, nor the arrow that flies by day, nor the pestilence that stalks in the darkness, nor the plague that destroys at midday.” (Psalm 91:5-6)

So, following are a few images of some of the ladies who got a grocery bag. And a few who didn’t. Why so many women? Because, as you learn in this culture, the men, fathers, husbands, sons and brothers just don’t stick around very long. And I could write several other posts about that and may at some point in the future.

For now, the hard truth is, many of these single moms and single grandmothers are raising their children and grandchildren on their own, with little help from the government and what they can scrape together selling popcorn and bottled water at street lights and train stations. And trusting in the Lord that he will provide next months rent money, next week’s cooking gas money. And the food on tonight’s dinner table. Or chair. Or blanket on the floor…

And what you are doing by making it possible for us to help them is you are answering prayers. Yes, your giving, your prayers, and your support are answering the prayers of a mother or grandmother in a little rented shack in a slum in northeastern Brazil. Because, in the same way I trust in the Lord’s promise to spare me from disease, these precious daughters are also trusting their Father’s promise that when they call on Him He will answer, that He will be with them in trouble, that He will deliver them and honor them.

At a time like this, and maybe in your own life, it may seem like there are bigger things at stake. I think this is a pretty big thing in the Lord’s book. And you are helping to make it happen. So thanks for all you do to help us do what we can do. Together we’re answering some prayers. And I think Somebody up there is pretty happy with that.

So, how about you say a prayer for the mothers and grandmothers, the children and grandchildren of the Coque and Joanna Bezerra neighborhoods in Recife, Brazil? As I lift up a prayer of thanksgiving for you and how you are letting the Lord use you to answer prayers and work miracles.