The Christland Center for Christian Transformation is the organization we partner with to help men and women find a new life in Jesus Christ and through Christ overcome their addictions and substance abuse. Every week I teach a class at Christland’s center in the hills near the little town of Paudalho. 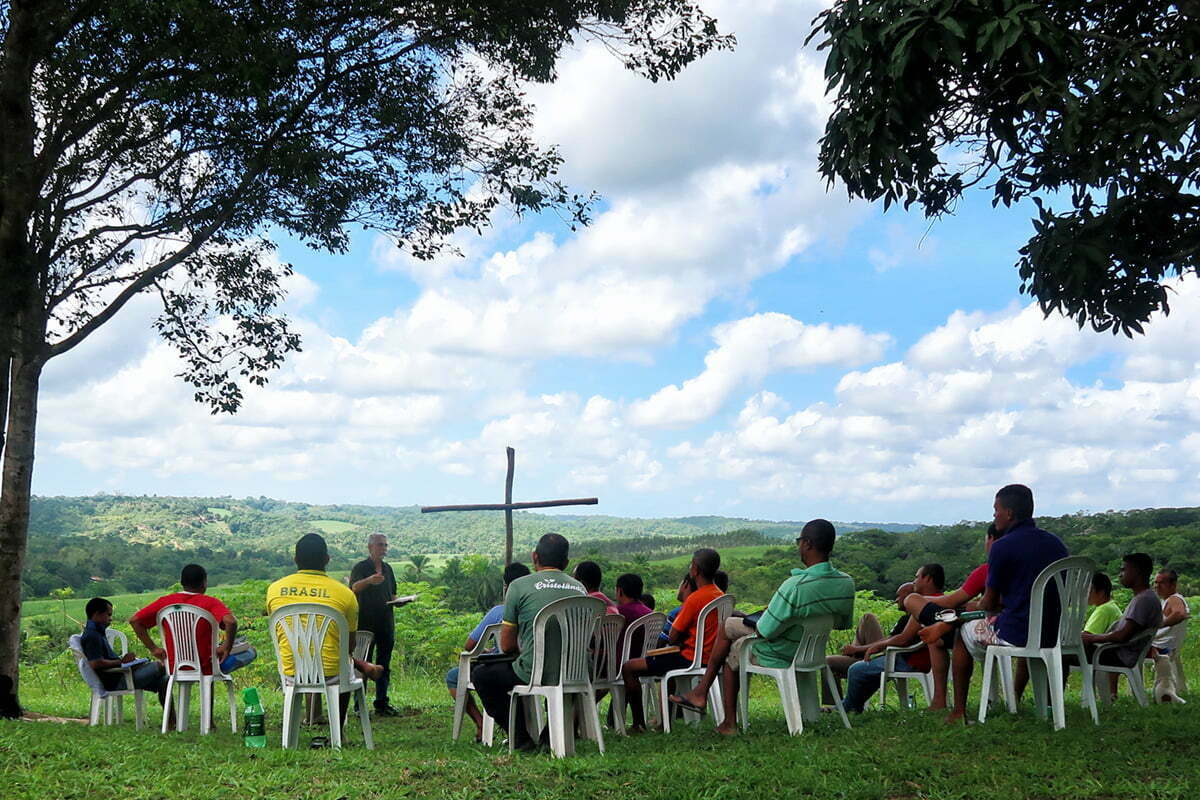 Christland in the hills of Pernambuco

My lesson last week was on The Two Cups. It’s been raining on and off lately which leaves a lot of mud holes along the drive out there. On the way, Alex and André who ride with me were curious when I stopped to fill a water bottle with muddy water from one of the puddles.

When we got there I asked Alex to fill thirty of the cups we use for the Lord’s supper with the dirty water and another thirty with grape juice I’d brought. He did so and he and Dantas served all the men one of each of the cups. Before the men were served I warned them not to drink from either cup until we’d concluded our lesson. 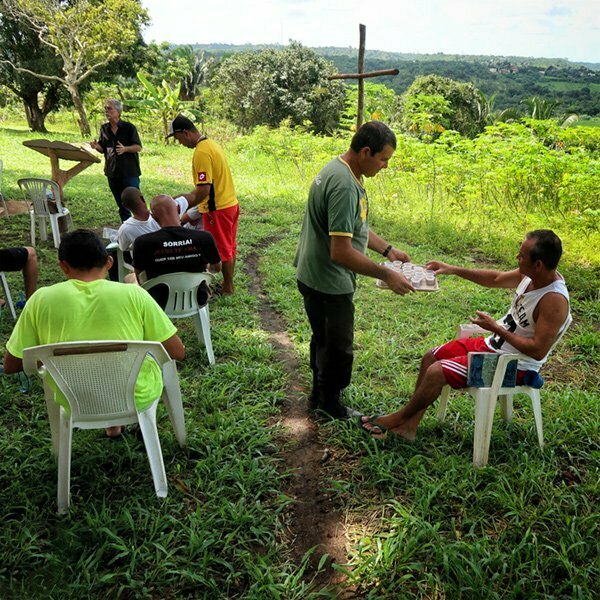 Alex and Dantas serving the men

I asked the men about what the experience of using drugs and alcohol was like in the beginning. All agreed that it was great, the highs were great, the feeling was pleasurable. And pretty much all agreed that with time all of that wore off and they found themselves drinking and using drugs just to stave off the withdrawal and hangovers, to overcome the despair and depression.

I asked them what it looked like was in each of the cups they held – without tasting them. Everyone concluded that one was grape juice and the other was coffee. I checked again to make sure that nobody had drunk their “coffee” yet. Then I explained to them that what looked like coffee was really dirty water from a mud puddle next to a cow pasture.

We reflected on how everything in life basically comes down to two choices. Just like the two paths, the two gates, the two foundations, even the two men on crosses on either side of Jesus. There is a bad choice that will lead to death and a good one that will lead to life. And the consequences of those choices are not always obvious.

When I asked them if they had to choose, which of the cups they would now want to drink from, everybody of course agreed the one with the grape juice. But I asked them to hold onto the cup with the dirty water for a moment. I asked them, what would be worse for them, drinking that dirty, contaminated water or drinking cane whiskey or smoking crack. Everybody agreed the dirty water would do less harm than the alcohol and drugs.

As we finished up, drank our grape juice and tossed out the dirty water I asked them to remember that choice the next time they are tempted. And they all face that temptation, often daily.

A beautiful thing happened at the end of the lesson. After we prayed and the men headed to the dining hall for lunch I offered Dantas an extra bottle of grape juice I had to serve the men along with their lunch. He hesitated. When I asked why, he turned to Alex.

Alex said he didn’t think it would be a good idea. He told me that some of the men had actually tossed out their grape juice instead of drinking it. When I asked him why he said it was because they knew the very taste of the grape juice would remind them of wine, and they didn’t want to have to deal with that memory and the temptation it would bring.

I thought, what an incredibly mature group of men! Such a beautiful act of self denial and discipleship. These men would give up the sweet taste of the cup for their Lord, just as their Lord had once chosen the bitter cup for them. I asked him what they use for the Lord’s supper and he said they use a grape flavored soft drink. It doesn’t taste like grape juice or remind the men of wine. Incredible.

Please pray for these precious sons of the King, whose souls are so dear to Him that He drank that bitter cup so they (and we) might taste the sweet cup of His victory. And if there’s a cup you are tempted to drink that is not yours, remember your Lord and the cup he chose for you.

Thank you so much for your prayers for all the Lord is doing in Derby Park, on the streets of Recife, and in the Christland centers for christian transformation.