Jesus went and lived in Capernaum,… to fulfill what was said through the prophet Isaiah: Galilee of the Gentiles – the people living in darkness have seen a great light; on those living in the land of the shadow of death a light has dawned… Matthew 4:13-15

After this, Jesus went out and saw a tax collector by the name of Levi sitting at his tax booth. “Follow me,” Jesus said to him, and Levi got up, left everything and followed him. Then Levi held a great banquet for Jesus at his house, and a large crowd of tax collectors and others were eating with them. But the Pharisees and the teachers of the law who belonged to their sect complained to his disciples, “Why do you eat and drink with tax collectors and ‘sinners’?” Jesus answered them, “It is not the healthy who need a doctor, but the sick. I have not come to call the righteous, but sinners to repentance.” Luke 5:27-32

In Capernaum Jesus didn’t encounter a multitude of faithful followers. He didn’t go to that city of gentiles and Roman soldiers expecting a wave of revival. On the contrary, later Jesus would condemn Capernaum for its lack of faith. He even said it would be easier for Sodom on the day of judgment. Jesus began his ministry in Capernaum and returned there several times. But he didn’t go there because the people were so spiritual. He began there and returned there so many times just because they weren’t. Jesus is like that. The more you need him, the more he seeks you out. Isn’t that the incredible thing about his love for sinners – people like you and me?

Jesus didn’t wait for Levi (Matthew) to make it to the synagogue or the temple to hear a sermon and respond. Jesus went to where Levi was, at his tax collector’s booth, a place despised by the religious men of his day. Today Levi might be the owner of a bar or a pornographic bookstore, a drug dealer or a convicted felon. He would be the man or woman no pastor would want to be seen with. But Jesus called him. And like the fishermen, Levi left everything behind to follow Jesus. Everything.

Do you think it’s easier for a “sinner” to follow Jesus than someone with a clean lifestyle, a nice family and a secure income, someone with so much to lose? Look around you at church this Sunday. How many of your “brethren” had to give up everything to follow Jesus? Everything. Maybe it’s not harder, but it’s certainly no easier for a “sinner” to give up his lifestyle, his income, his friends, maybe even his family to follow Jesus. It just might be a lot tougher than you would think.

Maybe this wasn’t the first contact Jesus had with Levi. But it seems to have been the first invitation. Might there be someone on your path or within your reach needing an invitation? It might be the last person you would invite to follow Jesus. Maybe that’s why you should invite them. Just ask yourself this – would Jesus invite them?

Holy Father, holy is what I’m not. I never was. But you are sanctifying me and transforming me through Jesus. I don’t know how it works, but I’ve seen the fruit. I’ve noticed the changes in me. I’ve got a long ways to go, but I trust in Jesus that he will finish his work in me – until that day. Thank you Father, from the bottom of my heart. In Jesus’ name I pray. Amen.

May Jesus Christ, the Light of the World, light up your world, and lighting up your world – light up the world of all those around you who dwell in the darkness… 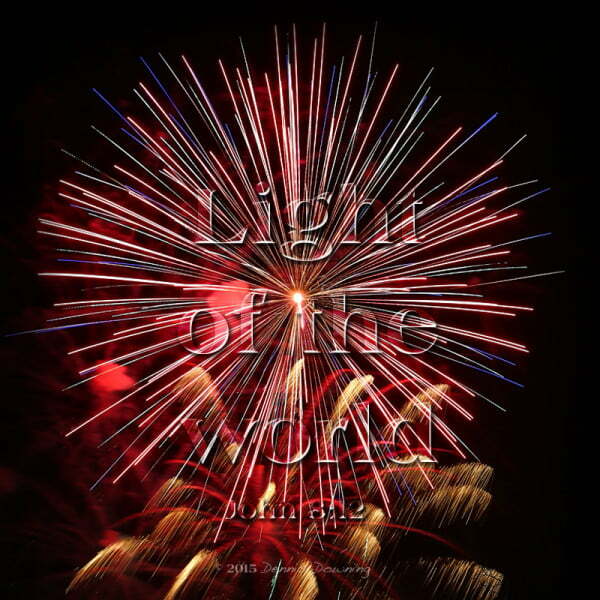 Light of the World

The text above is from our daily devotional “Jesus said…”. Every day of the year our readers receive a portion of Jesus’ words and a reflection and prayer. For now it’s just available in Portuguese. Maybe some day we’ll get it translated into English!