Today’s post is a translation of a brief reflection I go back to every New Year. It was written by a Brazilian contributor to one of our Portuguese websites. Something to think about…

I wish you a new year of less.
less worry, and less enmity,
less things cluttering up your house,
and less commitments which lead to nothing.

Less hypocrisy, less things in your closet,
less hurt, less disease circulating in your blood,
less headaches, and less adulterous fantasies,
less doubts about what is most important.

I wish you the subtraction of all that leads to death.

I wish you the incomparable presence of Christ,
who was born, lived, died, and resurrected
to give us complete forgiveness, eternal life.

Everything, less the evil. 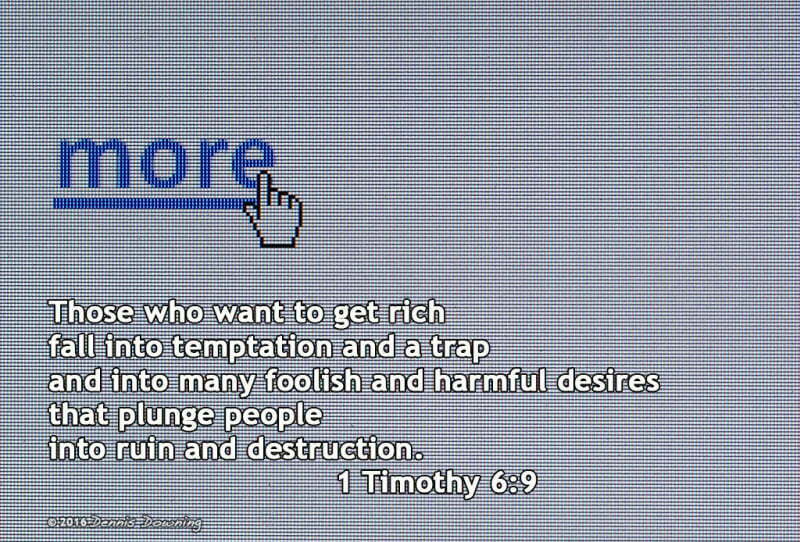 Those who want to get rich fall into temptation and a trap and into many foolish and harmful desires that plunge people into ruin and destruction.

I got the idea for this image from an original by my friend Paul Lee. Thanks, Paul!