Every week I spend at least one day at one of the Christland centers for Christian formation. Most people would call them a recovery center, but Christland sees them as more than that. The goal isn’t just recovery from drug and alcohol addiction, but the formation of Christ in each man and his transformation to a new walk with God.

On my days at Christland I spend the morning with the students (men in the process of transformation) and the afternoon with the leaders and monitors in the center. I teach them as a group and also try to have some one-on-one time with several men each visit.

Yesterday, January the 4th and the beginning of a new year I decided to share the principles I’ve learned about discovering God’s will. The five I share involve seeking God’s will through Prayer (James 1:5-6); God’s Word (Romans 12:1-2); The Spirit’s leading (Psalm 143:10); Seeking advice from mature Christians (Prov. 12:15); and Open Doors (Acts 16:6-7). 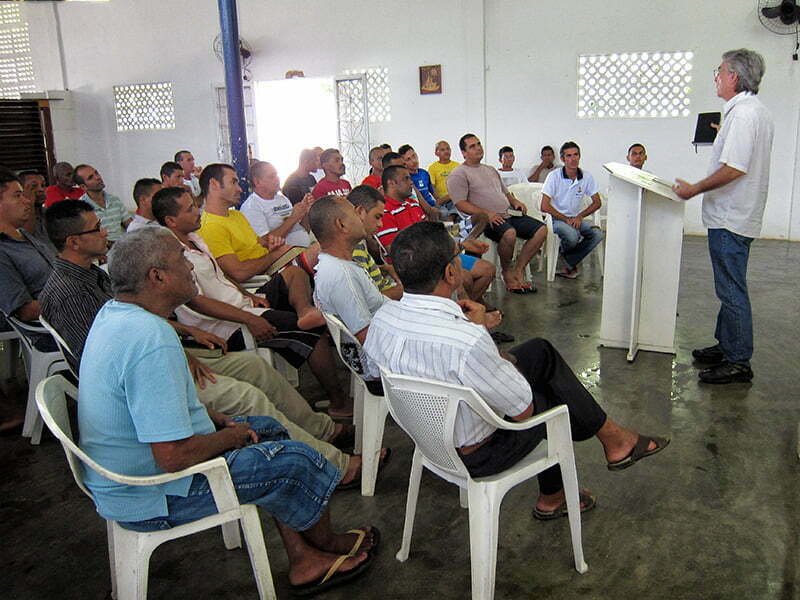 Teaching the students at Christland about how to discover God’s will for our lives.

Thankfully, over the years the Lord has given me some powerful examples of each of these principles in my own life. It’s really rewarding to share how God is not only able but passionately desires to make His will known to us, and how He will do just that if we truly seek Him.

Each week I give away three or four daily devotionals to the men at the center. They love the excitement of the “raffle” and I know these devotionals give much needed guidance to their prayer and Bible study times.

An interesting thing happened yesterday. After the raffle and our closing prayer, a young man named Rodolfo came up and asked if he could speak with me in private. We sat down and he told me how after five months at Christland he had made up his mind to go home.

The normal stay at the center is 12-18 months. It really takes that long for a man to not only get detoxed from chemical dependency but to also allow time for the Lord to take hold of his life and solidify the transformation of his mind and heart and character. Christland really does an admirable job of helping these men learn to live with boundaries and limits which most of them had never experienced before. It’s a long process and takes time. It really is Christian formation – the formation of Christian character.

Also, in the second six months of the program the men begin receiving vocational training to prepare them to get a stable job once they return to “regular” life, which is so important for their self-esteem and also social stability. But, nobody is obliged to stay the full 12-18 months and anyone can go home whenever they wish. 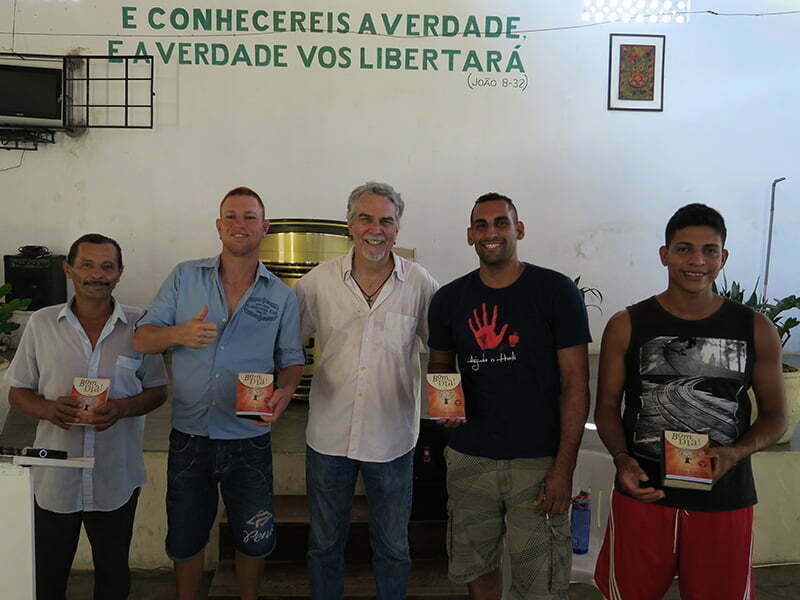 Rodolfo said that during the message about discovering God’s will he began to pray for God to give him a sign about what he should do. At the end when we got to the raffle of the devotionals he said he asked God to show him if he should stay at Christland by letting him win a devotional. He’d been there five months and had never won one.

Now, I know that’s a risky kind of request. And even though I’ve “put the fleece out” so to speak on a number of occasions I don’t normally encourage people to do it for reasons I can go into another time. I didn’t say anything about that during my lesson, but it’s what was on Rodolfo’s heart. It’s what he asked the Lord and he said he just wanted to tell me what happened and ask me if I thought he should stay at Christland. I told him that even if he hadn’t asked the Lord for that sign my advice would have been to stay. But since he did ask the Lord and he did get the sign he asked for, I told him I really thought he ought to stay.

So, my prayer request for today is this: pray for Rodolfo and pray hard this week. His family will be visiting him on Sunday and I know they’ll really be pressuring him to go home. It’s understandable. They miss him. They love him. He looks great and he’s doing great. And I wouldn’t be surprised if they worry about the kind of men he’s living with at the Christland center. Hey, it’s a bunch of hard core sinners. But, it’s also a bunch of men in whose lives Christ is doing some amazing things. A bunch of men who are experiencing incredible transformation in their lives and who are revealing some solid Christian character.

Pray for Rodolfo’s decision. Pray he’ll stick with the Christland program. Pray his folks will understand. Lord willing I’ll be preaching at the center this Sunday on visitation day. I’m looking forward to meeting Rodolfo’s family. Pray for the message and whatever influence I can be with his family and the families of the other men at Christland. And thanks again for your prayers! They’re having an eternal impact.

Less
He Changed My History