There isn’t a more focused summation of Jesus’ purpose, and that which should be the goal of his disciples: seeking and saving the lost. We can’t save, Jesus does that, but we can seek and lead others to him. Our ultimate goal is that others within our reach enter into a saving relationship with the Lord. Of course that isn’t the end of the story. Growing in Christ, maturing, discovering gifts and our place in the family of Christ, where we serve and then hopefully helping others on their path to discipleship all play a part of what “saving the lost” is all about.

Many reports from our ministry like last week’s “Church in the Street” show how we’re feeding and ministering to poor and homeless people, helping the chemically dependent find freedom and transformation in Christ, as well as training leaders. You might wonder how many people are actually being “saved” along the way. My answer is, maybe not as many as you might see in a typical church planting, or evangelistic effort among those who are economically and culturally stable.

While numbers of baptisms, conversions, church attendance, churches planted are all reasonable means to evaluate the growth of a work, I have come to value a different “metric”. It’s not just how many, but how far. How far has someone come? From the pit of drug addiction or alcoholism, where they have lost spouse, children, friends, employment, career, self respect, hope in themselves, and faith that God can forgive them.

I’m not sure how you measure that distance. I can’t put a “metric” on it. But I know the look in a man’s eyes when he witnesses about how Jesus not only rescued him out of a pit whose depth was beyond measure, and not only brought him into the Light, but he’s been sober and steady now for one or two or five or ten years.

Do you remember, in some of the most precious stories of the Gospel, it wasn’t how many but how far that is so striking? A son who went so far away, to that “distant country”, sank so low he would eat the food of pigs, who after his long journey home was embraced by a loving father. A man whose job as a tax collector would have made him the social equivalent of a drug dealer today, whose accomplishments are all but lost to us, except for the fact that he wrote the first gospel.

A woman despised for her past who became a devout follower of the Lord and the one to anoint him before his death. A religious zealot, who after conversion would go on to plant churches, raise up leaders, and preach fearlessly to thousands, yet when he told his own story would only speak of how dark his past had been and how far the light of the Lord’s grace had gone to reach him.

It’s not only the distance Jesus has brought a soul out of the depths of darkness and despair, but also how far he has taken them into a new life where they are holding down a decent job, paying their own bills, regularly attending church, serving with the gifts they’ve been given, and in some cases even being restored to their spouse and children, and then staying with it for months, then years… that’s a long, long way to go.

When you look into the eyes of someone who has traversed that path where every single day, sometimes every single hour is a struggle to not fall back into despair and addiction, it’s an awesome work of the Lord to behold. How do you measure a distance like that?

We have no record of Jesus ever baptizing anyone. The apostle Paul didn’t want to say much about how many he himself had baptized. I can’t point to a lot of people I have baptized in recent years. Stenio and Soraia were some of the last I can recall. I believe the Lord used me to help lead Edson and André to Christ. I have mentored and continue to mentor men like André, Diego, Saulo and Alex.

Jesus reached out to and called some specific men, like the twelve disciples to follow him. He also invested a huge amount of his time in mentoring those men so they could carry on the ministry when he was gone. A lot of the Lord’s “fishing” was done with a net, cast before groups of people, sometimes numbered in the thousands. We cast a net with our websites (for the thousands), and with ministries like Church in the Street (hundreds) and our Derby Park worship services (dozens). We’re always seeking, planting and calling. Helping, feeding, and clothing are part of the fabric of our net.

I just wanted you to know. If you every have any doubts or questions about what we’re doing or why we’re doing it, I welcome all input and engagement. We’re trying to get back to our worship services in the park. Please pray we can do that when the time is right. Pray also for work I’m beginning on a third year of “Jesus said” daily devotionals based in the Gospel of John for our Hermeneutica website. Pray also today for one of the men who came to Christ through our Jesus in the Streets ministry: José.

Like many of the homeless on the streets of Recife, José came from a small town inland. He came to the capital hoping to get work. What he found were closed doors and scarce job opportunities. Pretty soon he was struggling to get by even living on the street.

Like many he turned to alcohol. One Saturday night he went to sleep at the bus stop in Derby Park. Woke up the next day his backpack with what little food and money he had was stolen. He had lost literally the last of his earthly possessions. 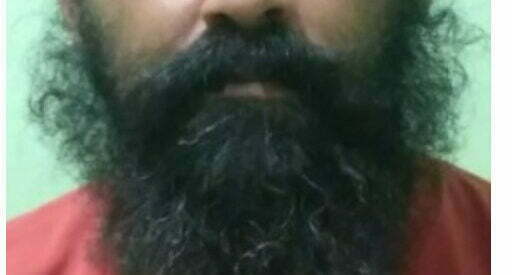 José in 2018, when he first showed up to our Church in the Park

Behind him José saw some people gathered in a circle and singing hymns. He wandered over and watched from the edge of the group. After the worship service they served breakfast. He was starved and ate three helpings. Someone approached him and asked how he was doing. He poured out his story, wondering if they would believe him. They did. They knew many who had traversed the same path.

They connected him with the Christland recovery center. The next day José began his first day in Christland, persevered and became a model student. A year later he graduated, one year sober, happy, and with hope and faith in the Lord. That same night he was baptized.

Jose (R) and Wilson one year later with their certificates for completing the Christland program.

José soon got a job working construction and got his beard back. A year later with the economic downturn from the pandemic he had to find another source of income so in his spare time he drives a friend’s car with Uber. José does maintenance work around the church building in his free time and has been a valuable support to some of my contacts in the favela where he lives.

Since the day he showed up at our church service in the park nearly four years ago José has been sober, and for three years working and supporting himself. He’s praying about getting back together with his wife and boys. You should hear him share his testimony. Maybe some day you will. Somewhere else. Up There.

And you’ve had a part in it. Thank you for all your prayers and support. Thanks from me. Thanks from José. And thanks from Jesus. For helping us search for His sheep. No matter how far they have wandered.

We’re having a little issue with emails sent in reply to these newsletters. For this week, if you would like to reply, comment or question anything please email me at dennis@iluminalma.com